The machine is placed near the Church “Saints Kiril and Metodi” 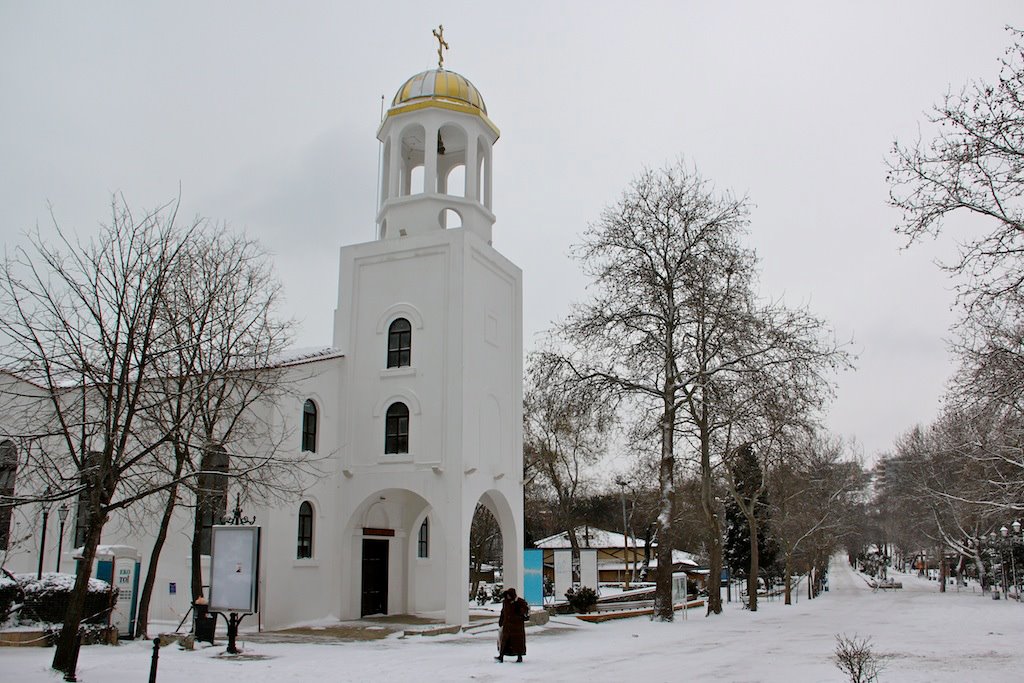 The St. St. Cyril and Methodius church was built in 1889, after Bulgarians in Sozopol collected through charity funds to have their own independent place of worship instead of the Greek ones, already existing in the town.

The impressive by its size temple, with a 23-meter-high bell tower was built by a talented master – Usta Gencho from Tryavna. The St. St. Cyril and Methodius church became his final work – after the consecration of the church, he left on a ship to nearby Pomorie to work on another temple project, but the boat overturned and the master perished in the stormy sea.

The church has been most actively used until 1913 – the year when all Sozopol churches became Bulgarian. Since then, only masses for the biggest religious holidays were served at St. St. Cyril and Methodius, because it was at the time outside the town limits.