The machine is placed inside the museum. 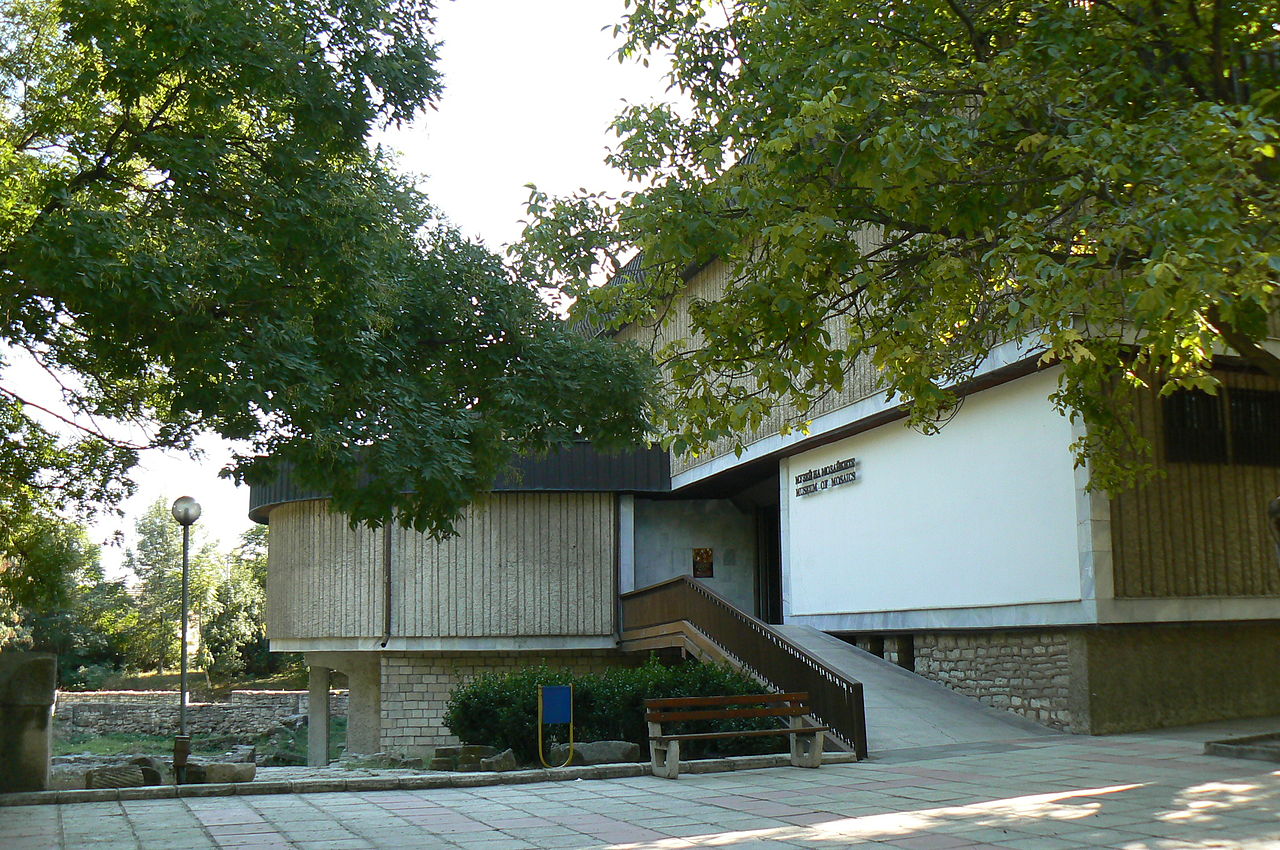 The Museum of Mosaics (Bulgarian: Музей на мозайките, Muzey na mozaykite) is a museum in the town of Devnya in Varna Province, northeastern Bulgaria. The museum, built on top of a large ruined Roman villa from Late Antiquity, exhibits mosaics from the Roman and early Byzantine city of Marcianopolis, as well as other archaeological artifacts.
Three of the mosaics are exhibited in situ and the remaining have been moved from their original locations in order to be conserved and restored. As a whole, the mosaics were laid out using the opus tessellatum (tiles aligned in horizontal or vertical lines) and opus vermiculatum (tiles aligned so as to draw an outline around the shapes) techniques. The tiles were made of marble, clay, limestone and coloured glass and include 16 colour varieties. Despite the rise of Christianity during the reign of Constantine, the mosaics in the House of Antiope are exclusively pagan in character. They feature depictions of characters from Greek and Roman mythology such as Zeus, Antiope, Ganymede and the gorgon Medusa, as well as floral and geometric motifs and images of exotic animals.